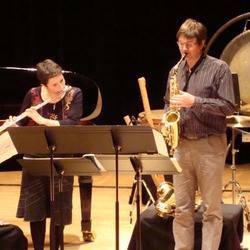 The Zephyr Duo is dedicated to the creation and diffusion of a large musical catalogue, combining original pieces written for Zephyr, and readapted works, focusing on the strong technical and expressive potential of Gaubert-Boehm system. The output of the ensemble presents itself in a manner while, sometimes classical, sometimes dramatic, is always captivating. The duo does not hesitate to mix a program of pieces that appear disparate due to their form, and the era in which they were written, but which reveal a beguiling aesthetic.

The Zephyr Duo has over the years been invited to give recitals, lectures, workshops, and master classes at various institutions and festivals in France and around the world (Brazil, USA, Israel, Venezuela, Canada, Switzerland, Mexico, Thailand). They recorded their first CD in 2009 (Erol Records). Jean Michel Goury is an internationally recognized professor of saxophone and teaches at the CRR Pôle Supérieur de Paris Boulogne-Billancourt. 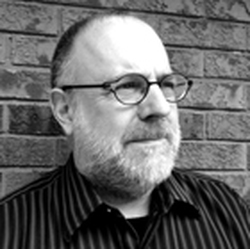 Lemay holds a doctorate degree in composition from the Université de Montréal where he studied under Michel Longtin, and a master’s degree from Université Laval with François Morel. He also studied at the State University of New York at Buffalo, and has worked with David Felder and taken part in seminars with Brian Ferneyhough, Louis Andriessen, and Donald Erb. In France, he worked with François Rossé in Bordeaux and Georges Apergis at the ATEM in Paris.

Presently, Robert Lemay teaches at Laurentian University in Sudbury, Ontario. He is the President and the Co-artistic director of the 5-Penny New Music Concerts in Sudbury. 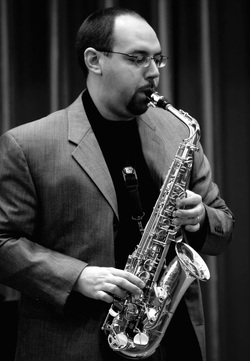 Joining the music faculty at Northern Michigan University in 2014, Dr. Jeffrey E. Vickers is world-renowned for his interpretation of contemporary music. He has commissioned and premiered music in a variety of settings, including collaborations with international composers Robert Lemay, Christian Lauba, Hiroyuki Itoh, Ida Gotkovsky, Claudio Gabriele, Camille Kerger and Carlos Michans. He is an artist and clinician for Selmer Paris Saxophones.

A frequent recitalist and clinician, he is regularly invited to present recitals and masterclasses throughout the United States. He recently served on the jury panel of the 4th Jean-Marie Londeix International Saxophone Competition, Bangkok, Thailand - one of the largest and most prominent saxophone competitions in the world. He has given performances in over two dozen states and Europe (Portugal, Spain, Scotland, France), as well as numerous regional, national, and international conferences. He has performed with the Arkansas Symphony Orchestra, Marquette Symphony Orchestra (Michigan), Evansville Philharmonic Orchestra (Indiana), and the Bloomington Community Orchestra (Indiana).

Dr. Vickers completed the Doctor of Music degree in Music Literature and Performance from Indiana University, with minors in music education and jazz studies. He also obtained his Master of Music (performance) from Indiana University with a minor in jazz studies. Dr. Vickers completed his Bachelor of Music in education at the University of Mississippi. His teachers include Wade Irvin, John Sampen, and Otis Murphy. Dr. Vickers recommends and plays Selmer saxophones exclusively.

He has held appointments on the faculties of Southern Arkansas University, Alcorn State University, the University of Louisville, and Vincennes University. His final Doctoral Document, Slap-Tonguing for Saxophone: Historical Foundations, Pedagogical Approaches and an Annotated Bibliography, represents the most comprehensive study ever produced on the topic. He continues research in contemporary saxophone techniques, with current interest in the production of an encyclopedia of tempered multiphonics for saxophones. He is also the owner of Resolute Music Publications, a publishing house which specializes in modern music. He lives with his wife and three children in Marquette, Michigan.